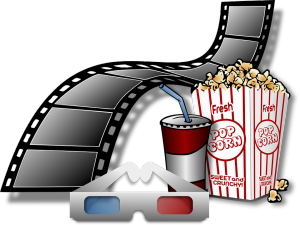 Watching films when learning a foreign language might be one of the oldest and most popular classroom tech tools since various forms of media began to be integrated into traditional teaching techniques. This activity never fails to excite students’ curiosity and facilitates the consolidation of new information. It can even inspire the production of a more diverse output. So let’s take advantage of all this potential and remind ourselves of some of the advantages of using film in the language classroom.

The language focus when using films can be on:

In many films, language is produced in a real or seemingly real context which helps the viewers to identify the circumstances under which the dialogues take place: Is it a formal, semi-formal or informal context? What is the relationship or social status of the speakers and how does that affect their choice of vocabulary? The answers to these questions will aid students to not only notice language patterns, but also deeply understand when each word should be utilised.

Especially when English subtitles are combined, learners can identify unknown words and verify the use of the already known ones. The new phrases can enter students’ passive vocabulary (i.e. words they are able to recognise, but not produce themselves) and gradually infiltrate their active one. What is more, the film can be topic-related and thus serve as an excellent way to introduce a specific word group, such as Christmas vocabulary.

Hearing their favourite actors speak is a fantastic way for learners to record the pronunciation of even the most complicated vocabulary items in their long-term memory. New utterances coupled with their written form in the subtitles underneath can also make an indelible impression, which can lead to learning.

All dialogues in any film, no matter how minimalistic they might be, include a subject-verb-object word order in the very least. Learners whose native language involves more flexible structures, get used to the English language patterns, being exposed to both their written and oral version.

Activities on films can be modified for any language level, even the lowest ones. However, if demanding tasks are involved, such as using applications, surfing the Net or making videos, all being done only in English, then learners of B1 level or higher can make the most of such an experience. As for the following suggested activities, teachers are strongly advised to implement them in an upper-intermediate or advanced class.

Having watched and studied a film, learners should be able to:

Having read the above, here is some food for thought: What do you think is the most easily applied tip concerning films in the foreign language classroom? Which application or activity are you going to incorporate in your teaching? Is there another method you have implemented in your class that boosted students’ understanding of the film in any way? All views are welcome in the comments section below.

So what are we all waiting for? It’s film time! 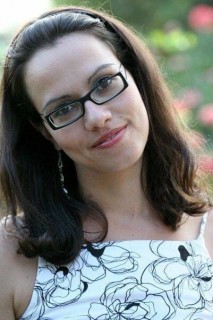 Bio: Christina Markoulaki is an Athens university graduate and an EFL teacher in Maria Markaki Language School in Heraklion (Greece), where she was born, as well. She is fortunate enough to have been trusted with students of all ages and levels within her working years, their ages ranging from 5 to 50 years old! Using all types of modern technology along with traditional books to create new learning experiences is what fascinates her. In her free time, she relishes in blogging and cycling, also trying to read as many books as possible.

Films and activities I have used in my classes.

From ‘hype’ to ‘huh… ?’
Online tools for literacy and collaboration