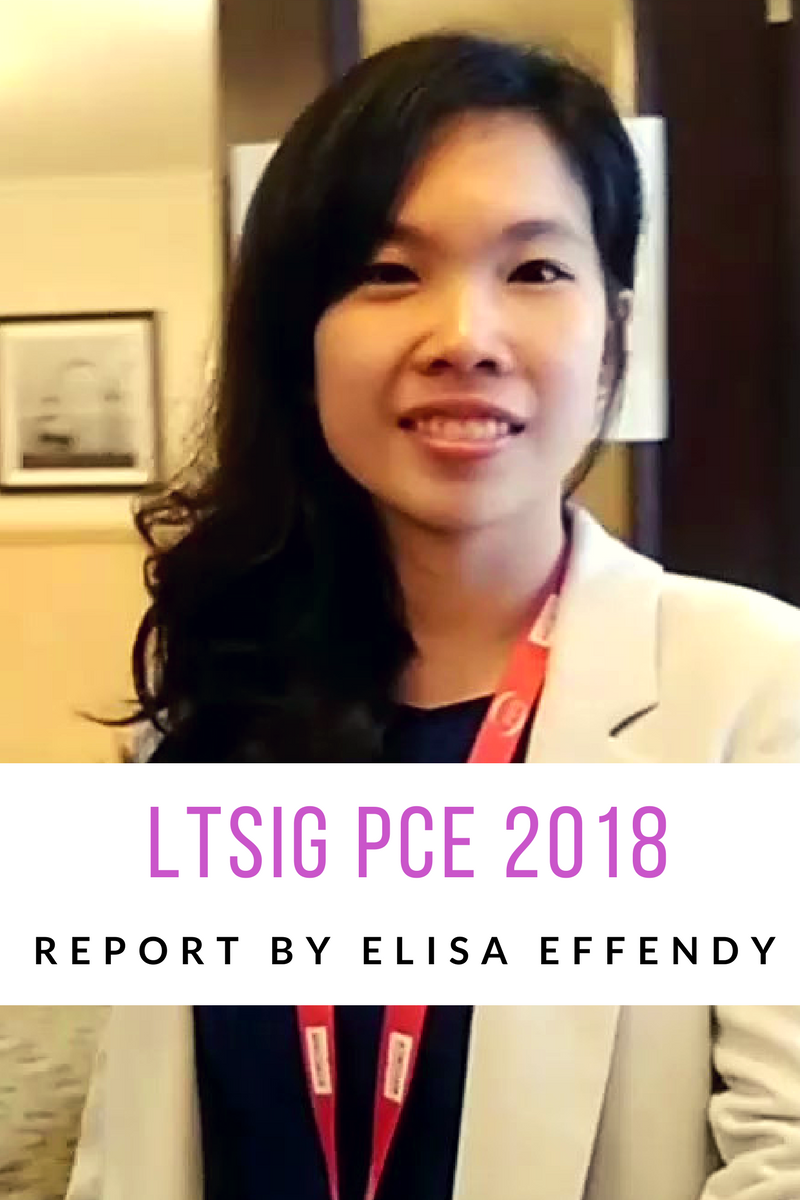 Elisa has created a striking video and detailed write-up to inform our members of key take-aways, while capturing memories of this truly engaging PCE conference.

The PCE commenced with a warm welcome by Sophia Marvidi as coordinator of the LTSIG and a brief definition of AR and VR  by Pete Sharma.

Sarah Rogerson started off with a fun video capturing the excitement of stepping into another world inside the lens of the Oculus Rift headset, whilst conveying how hard it is to provide immersive practice for our students if they are not actually in the environment itself.

Sarah works in Cambridge assessment and, in that capacity, she leads projects that evaluate the applications of different kinds of technology in education, including the potential of VR and AR to create better learning experiences.

As part of her presentation, she explored 4 potential key areas, including Engaging Teaching and Learning Materials, ESP, Test Preparations, and Remote Classrooms.

One relevant example for instance, is the use of a 360-degree camera in teacher observations and training, as opposed to having a panel of speakers at the back of the class that could lead to more anxiety.  The use of VR tools can also put students in a ‘safe space’ to practice when preparing for the speaking section of a test like IELTS, and eventually reduce their anxiety in the real test.

Some challenges, such as cost, motion sickness, and accessibility remain,  but there is always the possibility of finding cheaper options like Google cardboard.

Paul Driver gave a more indepth analysis of the two emerging themes of Embodied Reflection and Self Efficacy towards teaching (improved self confidence).

Again, a 360 degree video can be used to give feedback to teacher trainees as they can revisit the whole class, including precise facial expressions of their students at particular moments in time. Moreover, they can also assesss body language so as to gain insight into how students might be feeling before the exam starts.

With regard to Materials Development,  more tools are becoming available, particularly those that can engage learners and bring about a more lively learning experience. For instance, there wasn’t much natural interactivity before Haptics or tangible interfaces like the hand handle were introduced.

Paul further detailed the advantages and disadvantages of different VR gear, but the key takeaway is to actually have a playful attitude and not be afraid to try different technologies available to us.

Amaal Mohamed and Natalie from Blippar shared a lot of examples of how artificial intelligence has been used in language learning and how teachers can use Blippar to enhance the delivery of educational material.

Natalie first introduced a couple of eye-opening apps, among which is Microsoft’s Seeing AI that can describe people or objects and convey them verbally to the visually impaired. Amaal then emphasised the importance of AR in education as it produces a higher retention level, and he gave tips, along with a demo of Blippar’s drag and drop tool called Blippbuilder, which enables both students and teachers to create and share creative AR content.

After lunch, Heike Philip continued the VR-themed day by presenting an interesting talk outlining the journey from virtual worlds to virtual reality. As someone who is experienced in Research and Development in an immersive learning context, she first shared her market analysis of both low end and high end VR solutions using Bloom’s taxonomy, for instance, Google Cardboard in the low end and Occulus Rift in the high end part.

She then showcased her wishlist for applications in different kinds of fields where 3D makes sense, before concluding the talk with a very smart and practical approach. How? Heike invited the participants to reflect and discuss how they would like to enrich their classroom activities with mixed reality. This is indeed one of my favourite sessions as many creative ideas were collected and shared throughout the room.

In addition to the rich potential and educational benefits of AR for language learners , Jonathan Dykes presented on the possible applications of Virtual Reality from marketing and entrepreneurial perspectives.

After sharing insights into useful VR activities, he further outlined and addressed two major challenges with regard to implementing VR into teaching practice. One challenge being that VR is widely misunderstood in educational contexts and is often considered to be weird and or isolating, while the other challenge refers to the prohibitive developmental costs of VR materials.

Raquel Ribeiro wrapped up the day by giving a hands-on workshop on using Google Cardboard (Expeditions) for participants to gain insight into learner perspectives.

Overall, the PCE was enjoyed by most participants, particularly through engaging workshops and discussions surrounding the central theme of VR. Furthermore, it gave great insight into various options, while clearing up common misconceptions about using VR in language learning context.