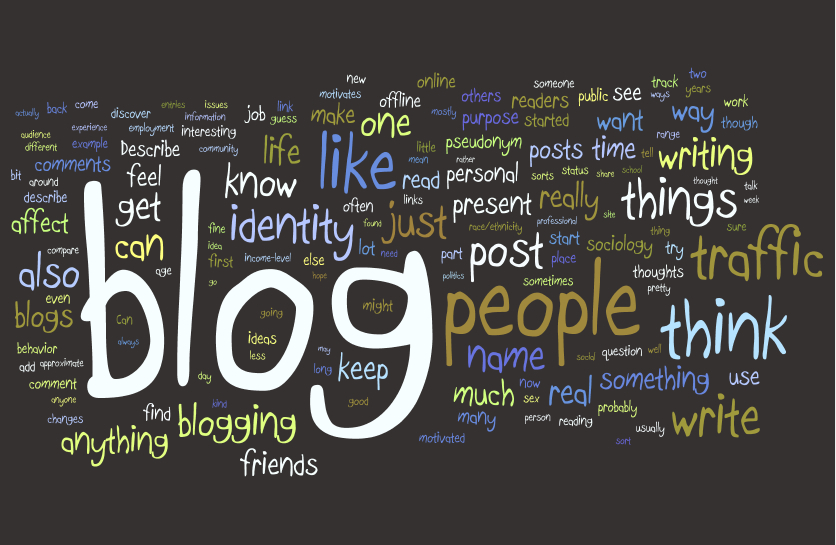 It was only a few years ago when a sixth grade student in my EFL class came up to me and asked if we could somehow pair up with a school from an English-speaking community. He was satisfied with our lesson but felt the need to communicate with peers whose native language was English. He wanted the real thing;to get to know more about the people and culture associated with the English language. He wanted to share his views and listen to what other students  had to say.  This is where technology comes in.

We thought about creating a blog where the students would have the chance to communicate with each other, learn about one another and, of course, expand their linguistic and cultural awareness. Having completed a Master’s degree at California State University, Monterey Bay, (CSUMB) in Multicultural Education, I got the opportunity to meet a lot of wonderful people who would want to think outside the box in their classroom and do interesting projects that would engage and include all of their students. Therefore, we paired up with a school in Salinas, California and started working on the blog studentsforlearning.wordpress.com. 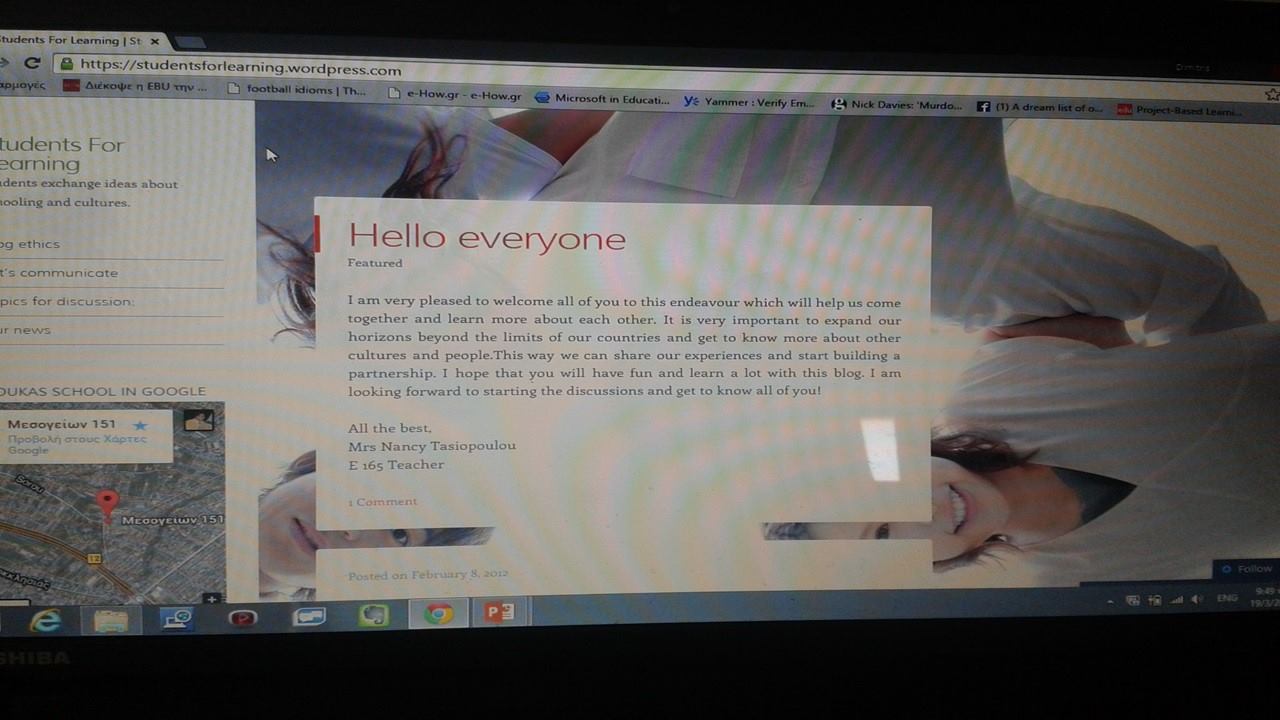 The blog started with these sixth grade students in 2012 and we have been working on it with different classes at a time ever since. All of our students every year have been very excited with this venture because they get to communicate with peers from another country, another culture. The Greek students have been enthusiastic because they can practice the foreign language with native speakers and, of course, learn more about  American culture. The American students, on the other hand, have proven to be great at sharing projects, experiences and, surprisingly enough, at picking up the Greek language really fast!

The students benefit a lot from contributing to the blog because they have the opportunity to read and write a lot, thus developing their reading and writing skills. There is a special place in the blog where they can write about their news and exchange information about life in Greece and the States. Also, there is room for projects on which they have worked together and uploaded on the site. At the same time, they can comment on each other’s work using the target language. Our students, in particular, came across idioms or colloquial language they had never used before, as we teach Standard English in Greece.

As safety has been our primary concern, we did not allow students to upload pictures or videos showing their faces, so they have not had the chance to practice their speaking and listening skills. However, upon their request to get to know each other much better, we are thinking of creating a special, locked place in the blog where they can safely see and talk to each other in video format, as we are in different time zones and cannot use Skype.

The students have developed their ICT skills to a great extent, as they use their personal computers with ease -Doukas School uses the 1:1 approach extensively. They have been doing research, deciding where to look for information and if it is valid. They have been taught about plagiarism and how to retrieve information from the Internet. They have been eager to use their computer at school, at a designated time frame in our curriculum, or at the comfort of their own home at any time they choose. Technology is a powerful tool since it facilitates asynchronous and blended learning. It has also given the students an interactive medium in which they can  communicate rapidly and with ease. It has replaced the pen-pal era in which letters took ages to arrive and by the time you wrote back the school year had ended.

Furthermore, it is important to note how the creation of the blog has contributed to the development of the students’ thinking skills. They were the ones that came up with the discussion topics and voted which were the best options. There have also been numerous class discussions on students’ contributions, especially the ones that represented different cultural aspects. The students started comparing and contrasting, analyzing, reading between the lines and synthesizing new ideas.

Last but not least, what our students have benefited the most is the development of cultural awareness. Greece is a homogeneous country, in ethnicity, language and religion. Our students have been lucky, for example, to exchange information about holidays and customs. They learned how children their age have more or less the same needs but in different settings. They have the same concerns about schooling, family and friends. This blog enhanced our curriculum in the sense that it showed commonalities across cultures and helped our children find their place in such a pluralistic world. Furthermore, they have become sensitive and respectful towards cultural differences and what was learned at the end of the day was not only the English language but also the notion that we should embrace everyone, no matter their ethnicity, gender, religion or race.

To sum up, my experience with technology has been nothing but positive. It has given me the opportunity as an EFL teacher to help my students develop their literacy skills in an authentic way, as they can communicate with real native speakers of English.  It has given me the tools to make my lesson more appealing and more relevant to my students’ experiences and concerns. When students are engaged in the learning process in such a way, they can hardly ever get distracted. They give it their all to communicate and share knowledge and experiences.

Nancy Tasiopoulou holds a B.A. degree in English Language and Literature from the National and Kapodistrian University of Athens, along with a M.A. degree in Education from the California State University at Monterey Bay, U.S.A. She has been teaching English as a Foreign Language since 2001 and has held workshops for the University of Athens on integrating technology into the EFL syllabus. She has taken part in several EFL conventions and seminars in Greece and abroad and has been nominated for Innovative Expert Educator by Microsoft in Education. She works as an EFL teacher at Doukas Primary School in Athens.

Instant messaging with learners
What is The Trinity CertICT Scholarship ?