Recent technological advances and the advent of affordable hardware and software have made Augmented Reality (AR), Virtual Reality (VR), and Mixed Reality (MR), together known as Mixed, Augmented, and Virtual Realities (MAVR), more feasible and desirable in educational settings. MAVR has been illustrated on a continuum ranging from a fully real environment to a fully virtual environment. Along this spectrum, we have Augmented Reality, closer to the real environment, and Augmented Virtuality, closer to the virtual environment. That which lies between the two extremes, where the real and the virtual co-exist, is called Mixed Reality.

Reality-virtuality continuum by Milgram and Kishino (1994)

Real Environment refers to the real or natural world we live in.

A shot from the real world in Japan. 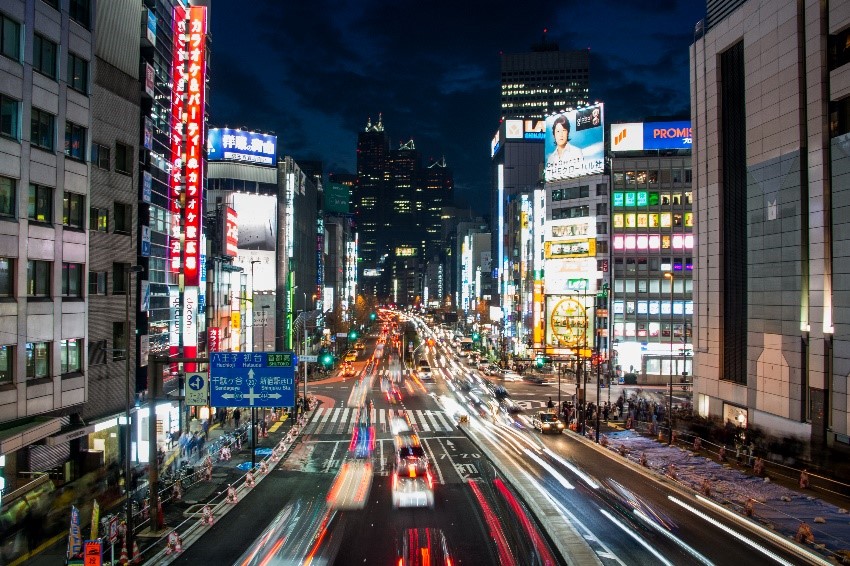 Augmented Reality brings some aspects of the virtual world into the real world by superimposing virtual information, images, and/or objects on top of the real world. A heads-up display in the cockpit of an airplane would be an example of AR. The view outside the cockpit is augmented with various forms of information provided by flight instruments. A more familiar example would be Pokémon Go, an AR-based mobile game.

Downtown Toronto as seen from a F-16 Fighting Falcon during a simulated flight. 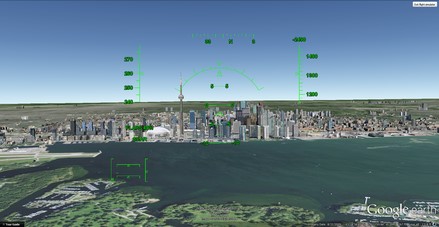 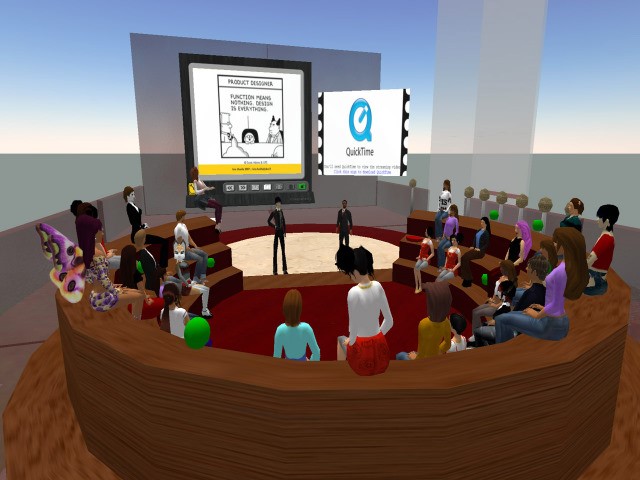 Mixed Reality merges both Augmented Reality and Augmented Virtuality to create new environments, where real and virtual objects are mixed and interact in real time. The two most well-known MR devices are the Microsoft HoloLens and MagicLeap.

How to Bring MAVR to Your Classroom

A growing number of AR applications are now available that allow users to experience the real world augmented by overlaying computer-generated content such as image, text, animation, audio, video, or GPS data. Examples include Aurasma, Wikitude, Layar, and Augment.

Similarly, several commercial VR and MR headsets or Head Mounted Displays (HMDs) have been released so far, which allow users to immerse themselves in virtual and mixed reality worlds in ways they had never experienced before. Google Cardboard is a simple example of a VR headset which is capable of turning a smartphone into a VR headset by rendering a 3D stereoscopic view of the smartphone screen. One way to use Google Cardboard in English classes is to take students on virtual tours around the world using Google Maps Street View. NYT VR – Virtual Reality Stories from the NYTimes, a cardboard-based VR app, takes your students to the center of the stories by The New York Times. For instance, “The Displaced” is an emotionally moving 360 VR video showing the lives of three children affected by recent wars.

Oculus Rift and HTC Vive, both released in 2016, are two recent technological innovations in the field of virtual reality. Microsoft HoloLens, with the consumer version released this year, is also an example of an MR headset.

How We Made Augmented Reality a Reality at Osaka University

Our doctoral dissertation concerns the design, development, implementation, and evaluation of a blended course, titled Osaka University Global English Online (OUGEO), for teaching general academic English to Japanese undergraduate students at Osaka University. To ‘edutain’ our students and engage them in their English learning, we used an AR application, called BlippAR, to augment poster carousel tasks in our blended English course. Initially, we asked our students about their ownership of smartphones, and all of them reported that they owned smartphones. We then held a training session both on poster presentation and on using Blippar to create Blipps (see slides below).

We then randomly assigned students into 14 groups by using the Spinning Wheel designed by tekhnologic. Each group was asked to choose a global theme and make a poster based on the topic. Below is a sample of learner-generated (learnAR-generated in AR terms) AR content using BlippAR. 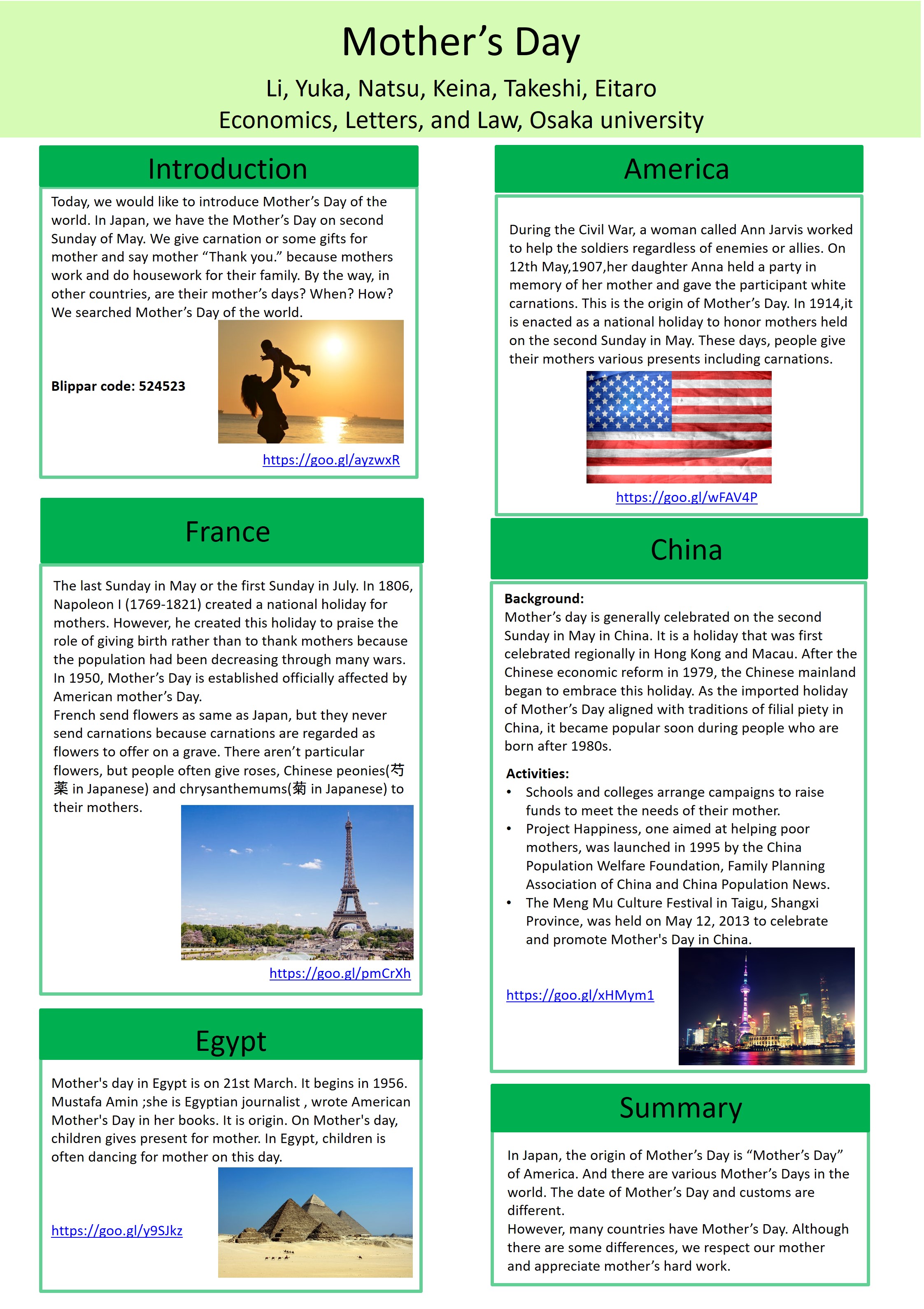 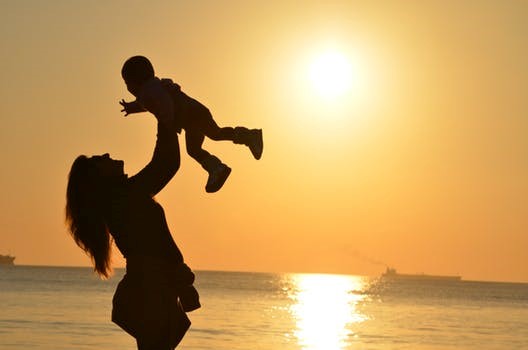 Step 3. Scan the  image shown above on the poster (its larger version is available  https://goo.gl/ayzwxR) and watch it come to life.

The lessons we learned from our AR-based poster carousel task showed us that despite having some technical glitches such as the long loading time for some overlayed videos, our students’ AR usage experience was in general positive.

What Inspired Us to Form the JALT MAVR SIG 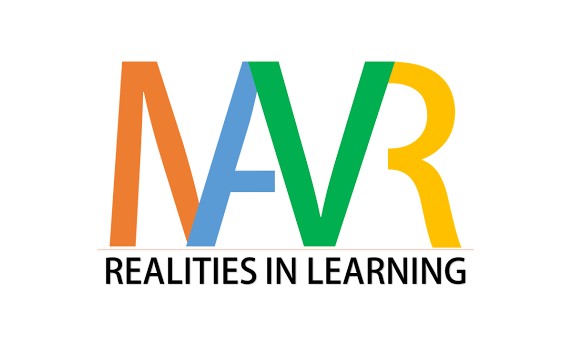 We are PhD students at Takemura Lab, Informedia Education Division, Cybermedia Center, Osaka University, where people do research on creating new environments using cutting-edge MAVR technologies. Through the Japan Association for Language Teaching (JALT), we met several researchers working on MAVR in the field of education. We then decided to form a new Special Interest Group (SIG) to promote MAVR technologies in teaching and learning, especially in language education.

How to Get Involved with the JALT MAVR SIG:

If you are interested in being a member of the JALT MAVR SIG, you can check the following links: 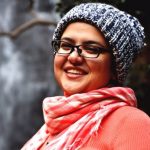 Parisa Mehran is a PhD student at Takemura Lab, Osaka University, Japan. Born and raised in Tehran, Iran, she holds a BA in English Language and Literature and an MA in TEFL. Her research interests include CALL and AR/VR applications in ELT. She currently teaches part-time at Nara Medical University and at Princeford English College. You can read her blog here. 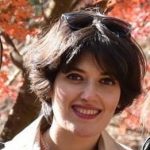 Mehrasa Alizadeh is a PhD student at Takemura Lab, Osaka University, Japan. Born in Babol, a city in Northern Iran, Mehrasa taught English at Iran Language Institute (ILI) for eight years. She then moved to Japan in 2014 to pursue a PhD in CALL. Her main research interests include online course development/quality assessment, and AR/VR applications in language teaching.
Email: [email protected]